Experiencing Dining in a Container at Tuttonero Coffee & Eat

If you just thought that the name of this brand new coffee shop sounded familiar on your ears, then there would be 2 possibilities; either you've known a restaurant in Surabaya named quite similar, or you're a Panerai watch lover and it reminded you of one of the series. Well, at least that's what happened to me. 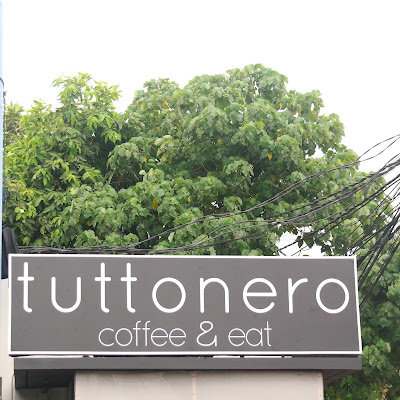 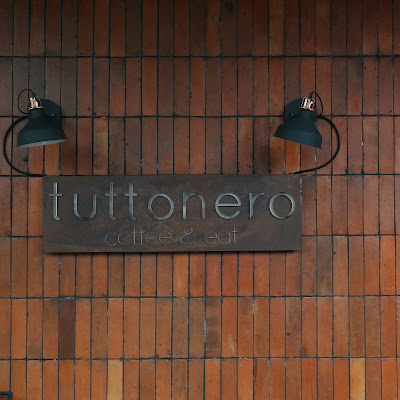 Located at the all-day-long busy Jalan Panjang, honestly speaking it's not the most ideal location for me as I hated the traffic quite too much. Even at Saturday morning I got to get stuck for awhile, at the point where I was just several kilometers away from the spot. Great stuff, Tuttonero did provide gigantic parking space so you didn't have to worry about bringing your own car as long as you didn't mind coping up with the heavy jam along the way there. 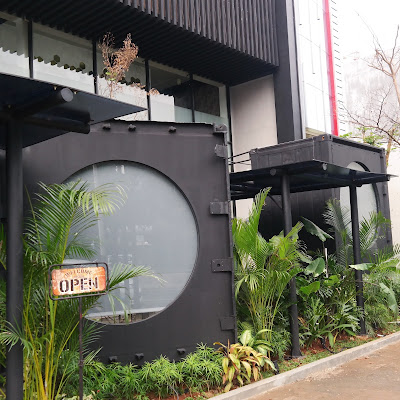 The front view of the coffee shop was such a jaw breaker, looking at the huge size of the two-storey building. I then figured out that actually the second level was a hairdresser instead of fully occupied by the coffee shop, nonetheless it's still not a small one.


Besides the spacious venue, another stunning scenery you would directly spot once reaching the space was the container-shaped seating at the outdoor area located right in front of the venue. There were 4 of them, which were all about the same size, having the capability to accommodate 4 to 6 people in my guesstimate. Despite that you did have to sit on the floor, I think it's still a comfortable space and additionally it's such unique experience that you might not be able to get in other places. 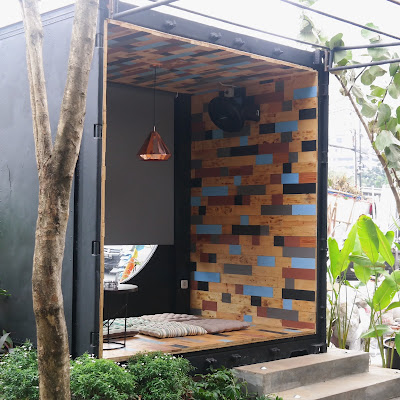 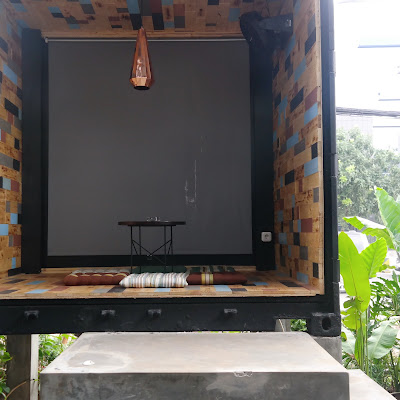 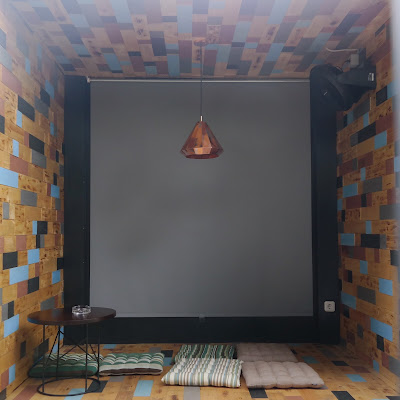 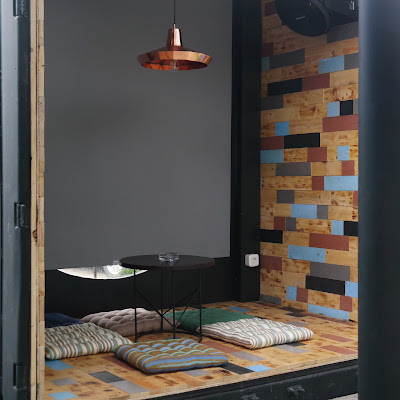 Despite that it's located in front, you didn't have to worry about getting polluted by the vehicles passing-by as actually the containers were facing the indoor area instead of directly being exposed to the main road. Being quite distinctive, I guessed this spot would be another hype on most social media in the near following days. 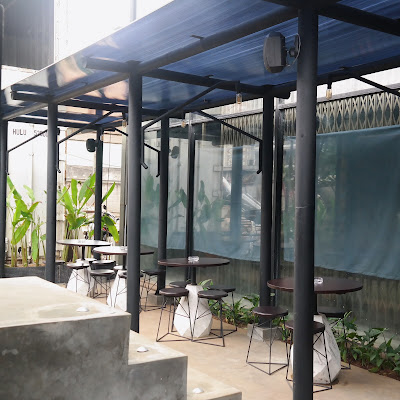 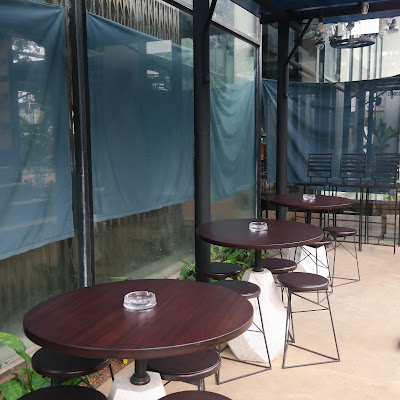 Nevertheless, having this beloved capital city being hot and dry today, sitting outside wasn't the best option for me. I still preferred to enjoy the cool air-conditioned indoor area, whose design wasn't 'lost' compared to the outdoor one as the monochromatic design was stunning as well! 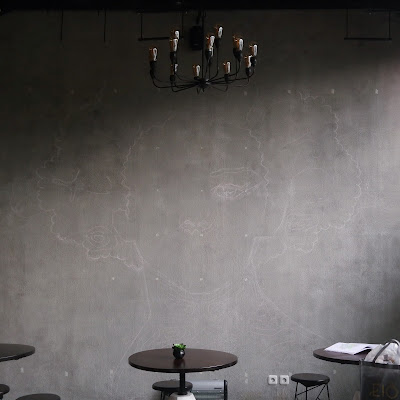 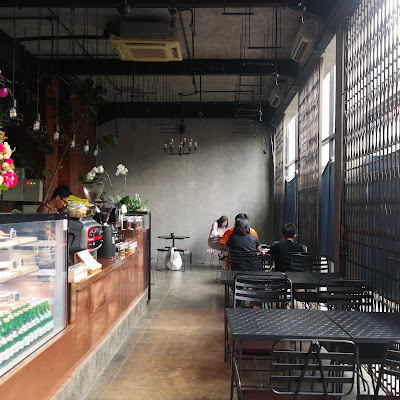 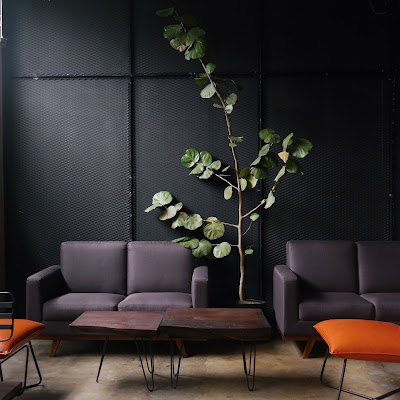 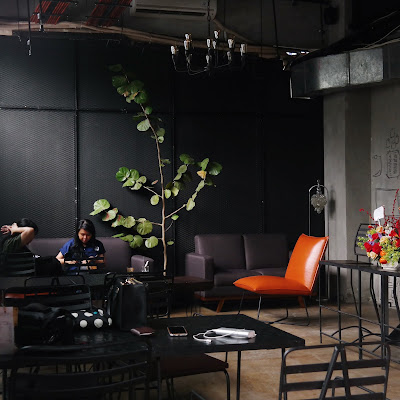 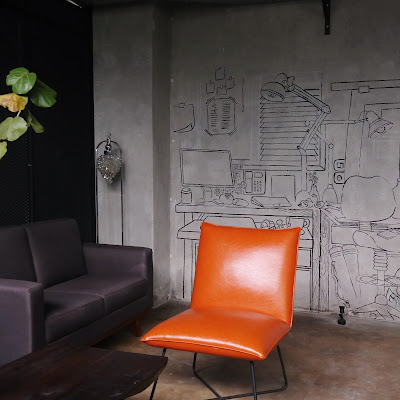 My biggest crush was on the bar table which was combined with the cake display and the order counter. It was amusingly decorated with frames, hanging light bulbs, and green plants, delivering both industrial and natural themes at the same time. The tables and chars were dominated by black color, perhaps to reflect the meaning behind its name, which in Italian meant 'all-black'. 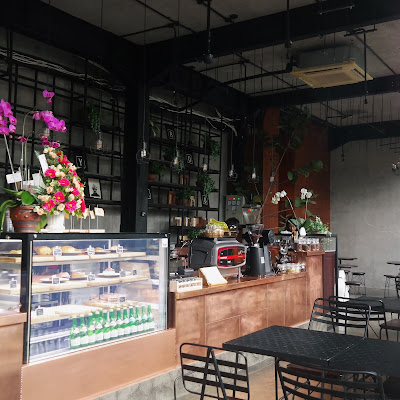 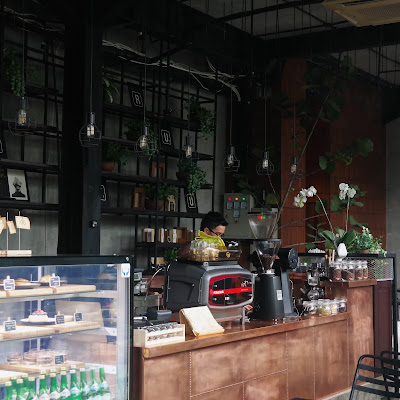 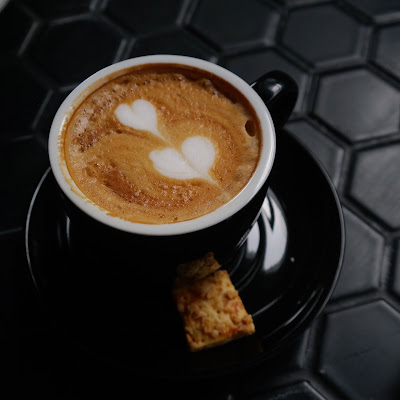 Carrying 'coffee and eat' phrase as its 'last name', so it might be incomplete if we didn't have coffee at this initial trial. That reason successfully landed this hot cappuccino on the table, for which my friend and I opted for double shot of espresso. Yes, they did ask if we wanted to go for single or double and doubtlessly we chose the latter one, just to avoid the cappuccino being too light for our coffee preference. As my friend took his first sip, his face showed a massive change on its expression, looking kind of shocked with the taste. He didn't give a word and simply asked me to try it myself, which made me ended up exactly the same. Though we both loved bold coffee taste in our caffeine cup, this one was too acidic for our palate. Well, perhaps we should have gone for single shot or opting for extra flavor like hazelnut or caramel. 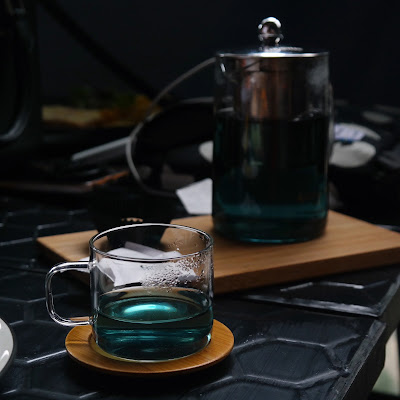 Looking on the drink list shown on the menu, it seemed like they did offer quite rich selections of tea and I didn't want to waste the chance to try one of them. I picked the one looking the most unique to me, which was this Blue Tea. The name did literally represent the appearance as the color was indeed blue. I wasn't really sure of the ingredients, yet overall it tasted like mix of herbs. As my taste bud was usually quite conservative for drinks, apparently this one wasn't something that I was really into. Nonetheless, if you're a tea lover or you're someone with huge curiosity, there's nothing wrong with giving it a try. 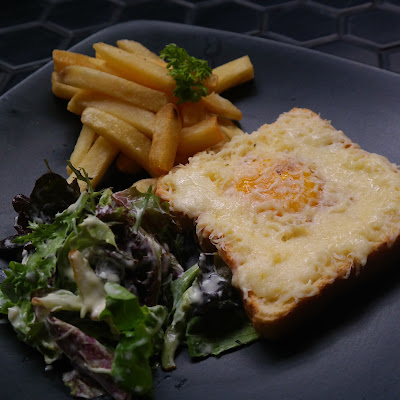 Hmm, the name might sound like Croque Monsieur, yet the actual look seemed like it's not. Coming to the trial session, it's indeed not. Pardon my frankness, but this was quite a rip-off for me, since said it bluntly it was a slice of toast with raw egg at the center, then topped with melted mozzarella cheese. Well, I thought at this level of price, I at least deserved a slice of smoked beef, pretty please. I left your imagination to elaborate more on the taste based on the components I'd mentioned just now. If I might have a say, I preferred the egg to be half-done sunny side up than a raw one, but I did admit that they're so generous for the cheese :) 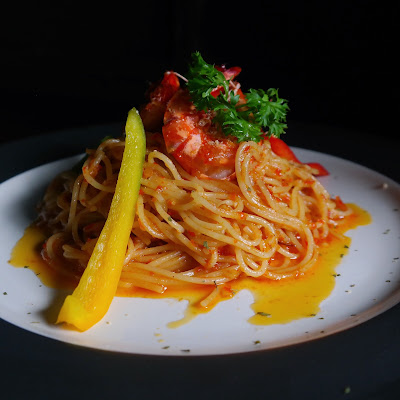 This was my friend's pick and you might have guessed it right when you thought it would be a spicy one as it contained belacan or spicy fermented shrimp paste. Not only the sauce, the pasta did bring fresh prawns as its toppings. They're not those giant ones, yet the size and amount were quite satisfying. For those who're spicy-intolerant, you'd better not going for this as it's at the range of medium spiciness level. Both the aroma and the taste were at the same side, as they're tantalizing. Besides the angel hair which was slightly overcooked, overall it's a good choice to go for. 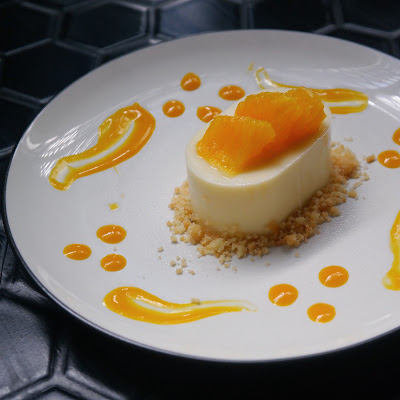 Serving the desserts from EIO Patisserie, some of those neatly lined-up on the showcase had come on my dining table, just that the previous ones were right at the kitchen of EIO at PIK, the same location as Saine Daise restaurant. Finally I had my reunion with one of my most favorites from EIO, the Yuzu Cremeux. For you who're not familiar with Yuzu, it's basically Japanese signature orange whose taste was refreshingly sour. Pairing it with sweet crème and crunchy almond sable, this gorgeously plated dessert was absolutely the right choice for those who're not that much into sweets as the texture was light and the taste wasn't overly sugary. As smooth as silky pudding, you needn't worry of getting nauseated and instead, it would come as a perfect ending to your full-course. 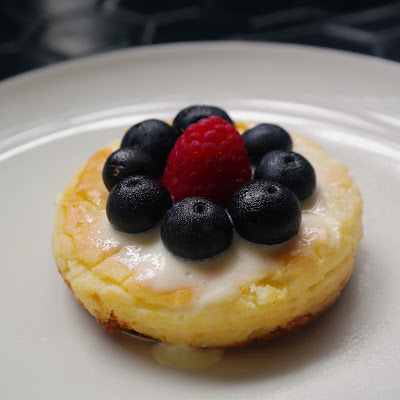 I was actually sold to the medium-sized version of this fruit tart, yet it was too big to be shared by two and thus we ended up ordering the mini version only. Topped with berries, the colorful presentation made it look more attractive compared to the others. Looking kind of similar to cheesecake, the taste was more into milk and I would even call it as the main ingredient, together with vanilla as the flavor was very bold. The texture of the main cake itself was pretty dense and there's the pie layer laying as the base, yet it was more into the soft-textured instead of the crumbling one. Nevertheless, I loved every single element of this cake. It's not something that went too fancy or complicated, yet it's such a comforting one, making me believe that it would be on my permanent order list for my upcoming visits to this place. 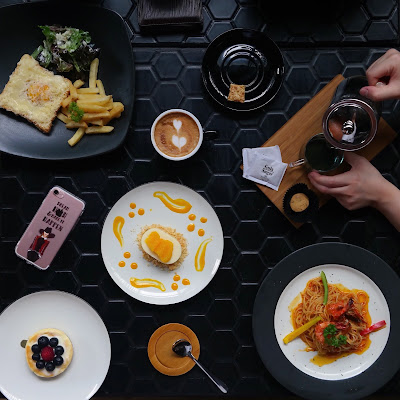 It was overall a nice dining experience and I did love the place quite much. It was a cozy one to sit all-day long for gathering or simply killing the seconds. Some of the dishes were also nice-to-have ones, particularly the desserts! I could already picture myself sitting there for afternoon tea or self-indulging session with sweetness overload.

Who's behind the page?

Beware of drooling even more!

What are you looking for?